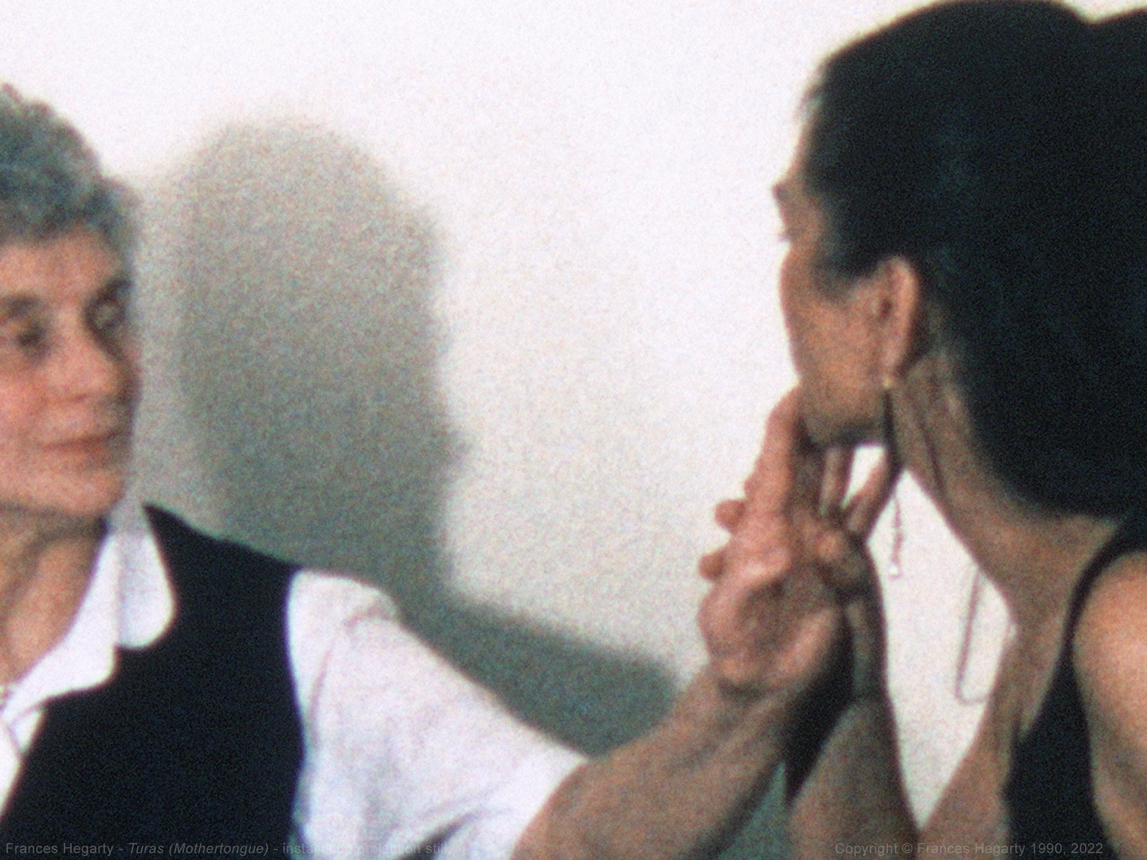 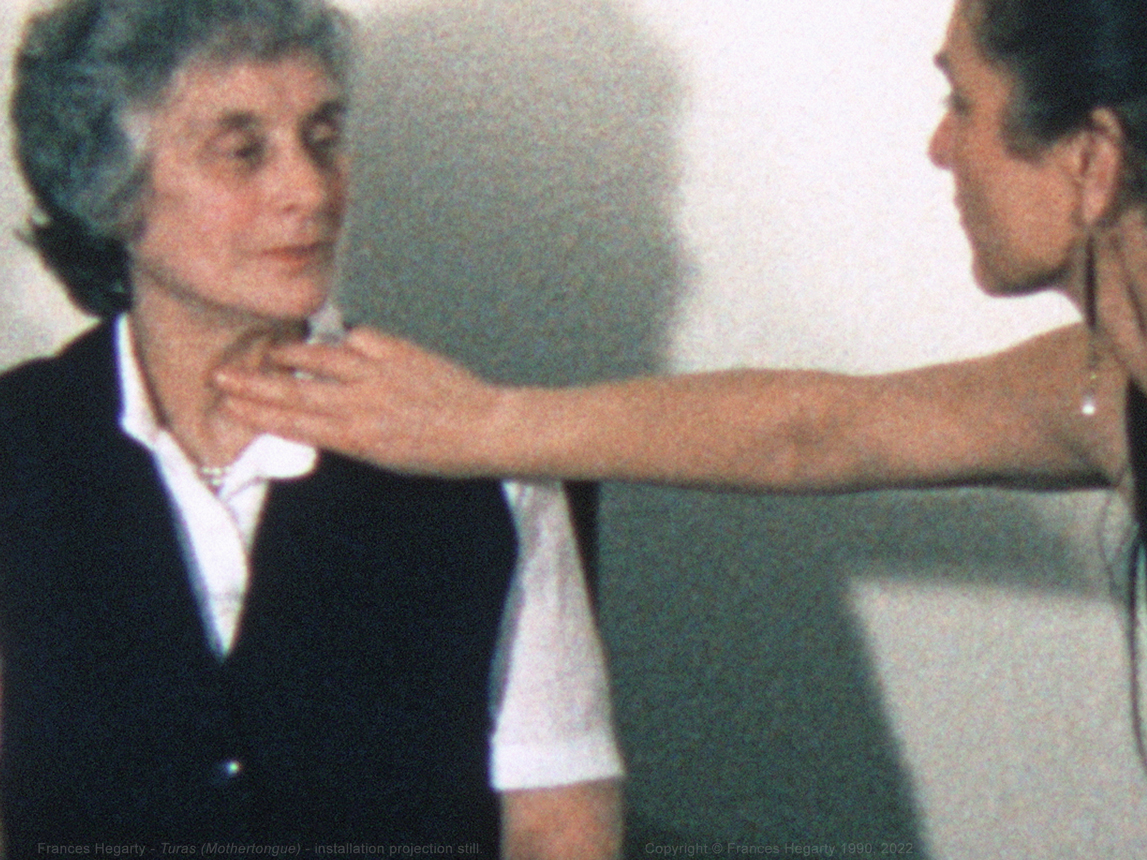 The installation Turas (Mothertongue) (1995) uses a single projection screen as a room-within-the-gallery. Here, two women (Hegarty and her mother) sit on straight-backed chairs. A series of wordless gestural exchanges take place, denoting the artist's attempts to reaffirm a language held by her mother. The artist repeatedly exits towards the viewer, leaving behind (and blacking out) the site of familial interaction.

Fragments of speech rise out of the sound of a rushing river. In particular, the artist is heard asking in her stilted Gaelic whether or not she could re-learn that language, the mother replying that this would certainly be possible.

Although both this language (Gaelic) and these particular rivers (the Foyle and Finn) are defining features of Hegarty's home-place, here they coexist uneasily. As much as it offers reassurance in the familiar, the elemental water (eroding as it sustains) reinforces the sense that generational change, with its consequences for culture, is inexorable. 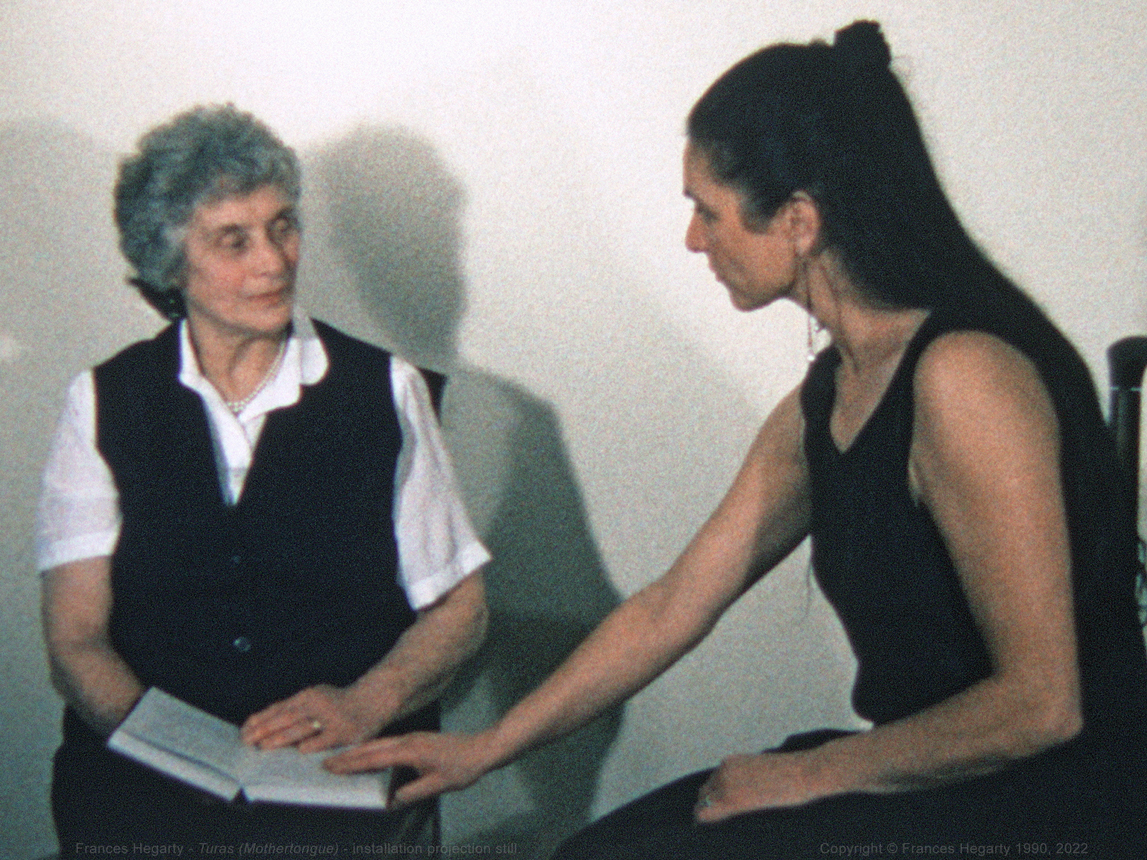 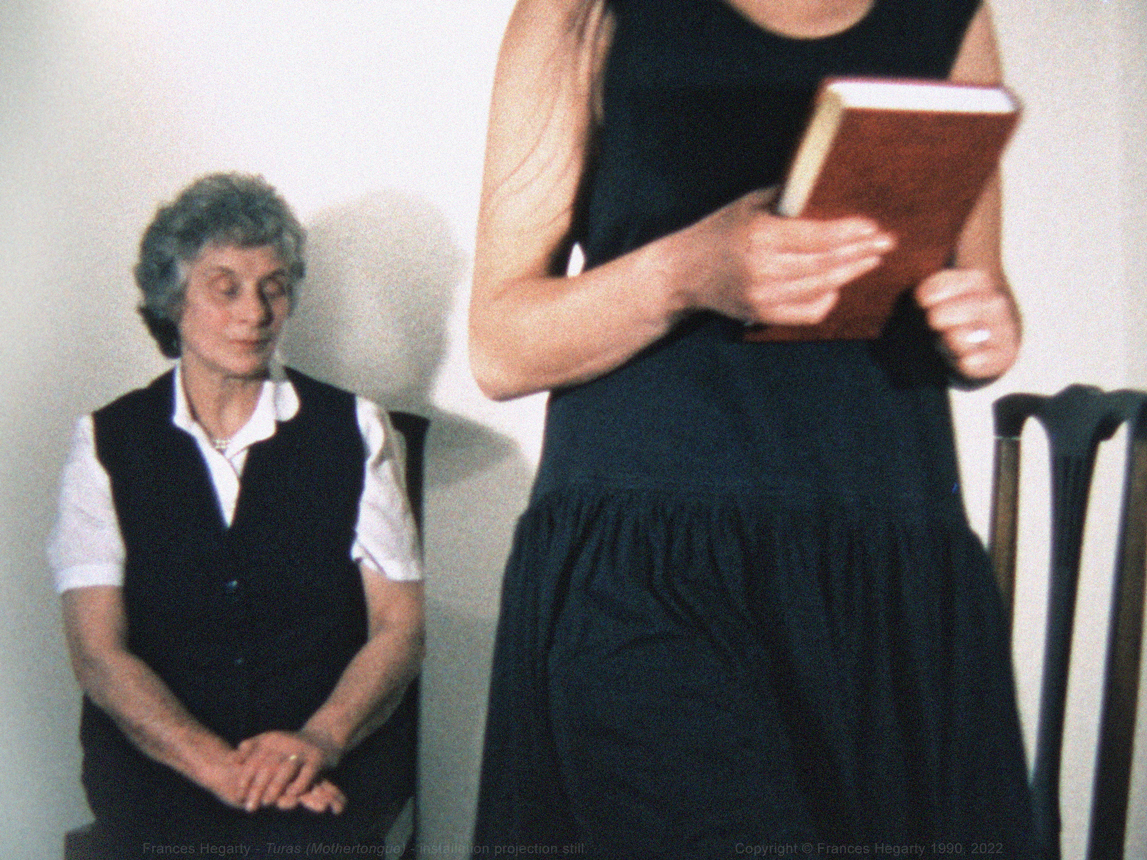 The Irish word ‘Turas’ means ‘excursion’ or ‘journey’, and is often used to refer to a pilgrimage. Hegarty’s project Turas, with its variety of outcomes, is concerned with the possibilities for cultural restitution following the centuries of emigration from Ireland.

Work on the project began with a journey undertaken by the artist and her partner/assistant Andrew Stones in 1989, following the river Foyle and its tributary, the Finn, inland from the Foyle estuary to Loch Finn, Co. Donegal. They carried a portable sound recorder and Super 8 film camera.

Hegarty’s primary intention was to retrace the route frequently taken by Irish emigrants from her home county of Donegal, to the sea port on the Foyle estuary. With this in mind she devised a symbolic, restorative action: taking a sample of salt-water from the mouth of the Foyle ‘back’ to Loch Finn. Scenes were shot at significant junctures of the journey, and Hegarty interviewed people living along the course of the rivers.

Several works drawn from the material described above have been exhibited and screened. Turas (Mothertongue) is edited on the template of the 1995 single-screen installation widely shown under the single-word title 'Turas'. The 2022 edit uses high-resolution, digitally-restored scans of the original 1989 film footage, and sound recordings made on the 1989 journey.

Turas in all its iterations is part the artist's interrogation of her own experience of the Irish diaspora, along with works such as Teanga (with Coiste Na mBan; 'Available Resources', Orchard Gallery, Derry, 1991) and Gold (1993).