The work of Frances Hegarty includes drawing, film and video, audio and live action, and public art. Her approach is simultaneously personal and issue-led, attesting to the struggle to have an aesthetically-engaged life without the loss of political consciousness. Recurrent motifs in the work include: the female figure, especially in landscape; the bodily gesture, in time; the "hand-made" mark, between drawing and writing; the physical features of body and land. These motifs point to deeper concerns, such as: "land" and "self" as a cultural and political constructs; language and aesthetics as vectors of both tradition and transgression, especially in the politics of cultural and personal agency. 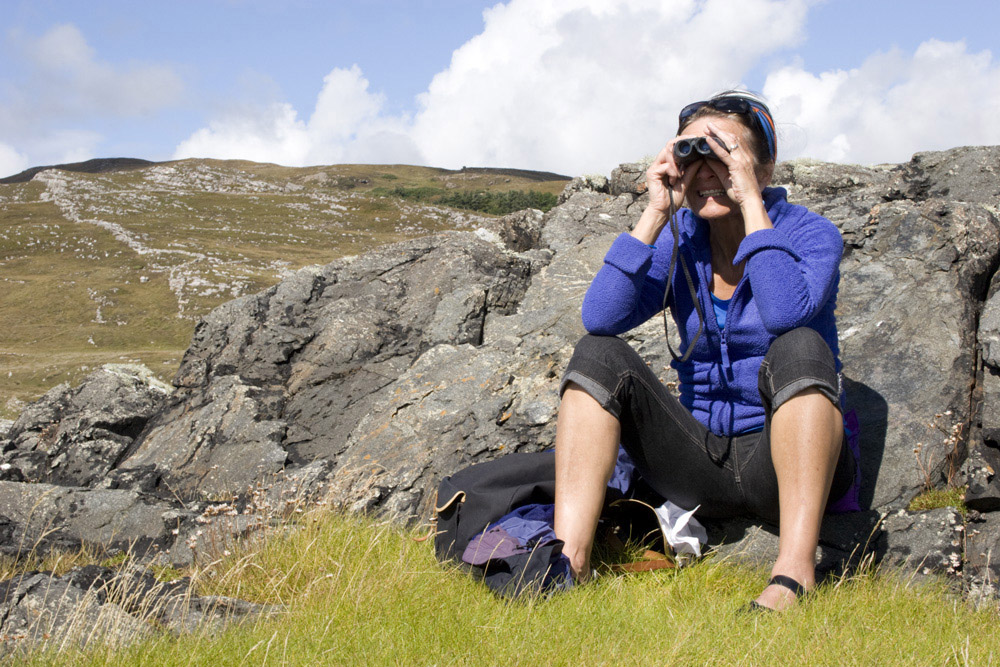 Hegarty was born in Teelin, Co. Donegal. She emigrated to Scotland as a Gaelic-speaking teenager in the late 1950s, subsequently learning English. Having accepted a place at PE (Physical Education) college, she took advantage of a chance meeting to switch to Carlisle art school, going on to study Fine Art in Leeds and Manchester. In the 1970s she moved to Sheffield where she began lecturing at Sheffield City Polytechnic (Psalter Lane Art School), raised a son, and established her practice as an artist.

Donegal and Sheffield are influential in the development of Hegarty's work. Her subjective imaginary is strongly grounded in the Donegal landscape, which finds a topographical analogue in the exposed moors of Yorkshire. Further, from the 1970s to the early 2000s, the art school in Sheffield provided an ideal base for an artist-lecturer interested in the emerging practices of live and time-based art.

In her performance works of the 1970s and 80s Hegarty is the activator of a vocabulary of ciphers and signifiers. These include herself, her gestures and clothing; brightly-coloured frames, boundaries and other indicators; and temporary inscriptions of pigment, coloured fabric, etc. Everything is done within a defined field of activity –as much a "terrain" as a "stage"– in which the performer invokes links between topographical features, and elements of language and picture-making. In these early works Hegarty begins a search for an aesthetic language with which an Irish emigrant woman, necessarily ambiguous about her own traditional culture, can develop artistic agency. With Ablative, Genitive, Dative (1984) she combines 16mm film projection with live action, marking a move towards using time-based media (film/video) to frame herself as performer, as well as a stronger engagement with feminist interrogations of the male gaze and female subjectivity. 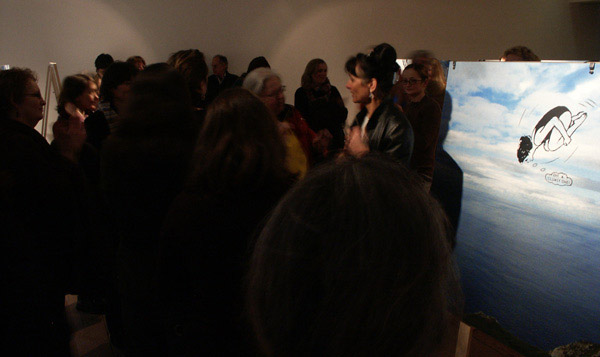 The moving-image works Turas (1990/95) and Gold (1994) are explicitly concerned with the Irish diaspora, and with the migrant as both alienated subject and coloniser. The video installation Voice Over (1995) is based on interviews carried out in Croatia with four women displaced by war and ethnic cleansing in the former Yugoslavia. With her Auto Portrait series Hegarty focuses on herself as a subject bearing witness to the intensity of lived experience, even as her life story demonstrates the limits of individual agency, and her body registers the facts of mortality. These video and installation works, and others, have been shown widely in Britain and Ireland, Europe, Brazil, Australia and the United States. Many were included in a solo retrospective exhibition at The Model and Niland Gallery, Sligo, in 2004.

From around 2005 Hegarty has vigorously pursued a studio practice of drawing, producing many works of varied scale. These include a series of large, formally strict monochrome drawings of military drones. Other drawings fall thematically between landscape and anatomical drawing, although characterised by extremely vivid colour and highly energetic forms. In all these works, Hegarty's approach is informed by an engagement with expressive graphic and comic-book art. 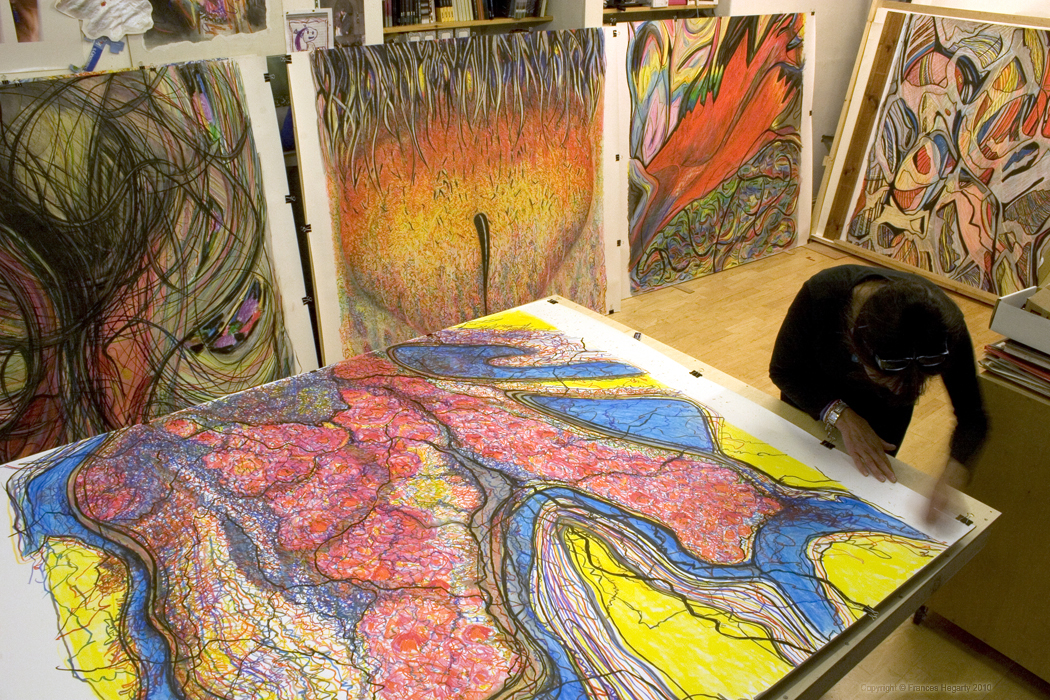 As a lecturer Frances Hegarty established a department of live (performance) art in Sheffield. She was influential in bringing many practitioners of time based and installation art –especially women– to the art college, and pivotal in establishing the Expanded Media Show. For a period in the 1980s this was an important event nationally in the UK for both students and artists. She retired from teaching as a Professor of Fine Art in 2003 and remains Professor Emeritus of the now Sheffield Hallam University. Having maintained her professional and artistic links with Ireland, she was elected as a member of Aosdána (the Affiliation of Creative Artists in Ireland) in 2012.

Beginning with the neon project For Dublin (Irish Museum of Modern Art /Nissan Art Project 1997) Hegarty established a collaborative practice with her long-term partner, British artist Andrew Stones. Much of their work as a duo is site-specific, typically reframing a place through the use of visual disruption, illusion and intellectual play.

Hegarty & Stones have been commissioned to make site-specific works in the cities of Sheffield (Seemingly So Evidently Not Apparently Then, Site Gallery 1998), Birmingham (Orienteer (A-Z, Dawn to Dusk) Ikon Gallery 2000), Belfast (Overnight Sensation, Ormeau Baths Gallery 2001) and Bradford (Extra, Bradford Film Office 2003). Their commissioned video work Ex Machina was presented in Carlow in 2006 and again in 2016. Their suite of four interlinked video installations Tactically Yours (Butler Gallery, Kilkenny 2007) consolidates some of the formal qualities and concerns of their earlier collaborative projects, especially a concern with the boundary between the personal and the political.

In 2019 Hegarty & Stones's multi-installation project, The Land That... based on a 5-year engagement with a plot of land in Co. Donegal, was exhibited at the MAC, Belfast. In 2020 the pair received a Paul Hamlyn Award in recognition of their joint work.

The work of Frances Hegarty & Andrew Stones is documented on a separate website: www.brighter.org/hegartystones.